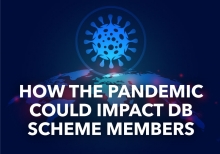 The UK’s hugely successful vaccination programme has ensured that for the first time in months, the prospect of a relatively normal form of post-pandemic life emerging in the foreseeable future finally appears realistic. Reports in late February suggested that the nation’s inoculation drive could be extended to people aged as young as 40 within a few weeks. Light has, it seems, been spotted at the end of a very long, pitch-dark tunnel.
However, optimistic suggestions that the return to a form of normality could provide the catalyst for a colossal consumer spending spree were recently reined in by the Bank of England. Granted, the Bank concurred that the level of ‘excess savings’ squirrelled away by UK households at the end of November 2020 stood at £125billion; it also suggested that this figure could double by the summer. Nevertheless, the Bank believes that only around 5% of the cash currently swishing around in low-yielding bank accounts will be spent. Bad news for businesses anticipating a ‘wall of money’ to fall in on them and provide the economy with a boost of historic proportions.
Post pandemic boom’ is a myth
A number of commentators and politicians, including Labour leader Sir Keir Starmer, have drawn parallels between post-pandemic life and the economic conditions which existed following the end of the Second World War. There is, however, one significant difference: unemployment.
UK unemployment rose to around 2.5% between 1944 and 1946, but by 1947 it had started to fall and did not exceed the 2.5% level again until 1971. In other words, while the UK enjoyed almost a quarter century of post-war full employment, there is little prospect of anything similar occurring in the near future. Unemployment is expected to rise sharply once the furlough scheme ends in the summer, possibly before if retailers and other businesses are allowed to re-open sooner than anticipated.
There are no figures which indicate how many businesses, large and small, have clung on by their fingernails following the disastrous impact of Covid-19, but one indication that all was not well came in the form of advice issued to pension trustees in January by The Pension Regulator. This called upon trustees to be open to requests from DB pension scheme managers to reduce or suspend deficit recovery contributions after aggregate pension deficits had soared.
The aggregate net DB pension scheme deficit rose significantly as funding ratios dropped by more than 10% during 2020 and although the deficit level has since stabilised, January’s figure remained more than six times higher than it was 12 months earlier. Meanwhile, well over half (59%) of schemes were in deficit as at 31 January 2021.
DB pension members will be conscious of the degree to which the economy has been ravaged following the pandemic’s arrival; in particular, many members will be wondering whether their employer can survive and, if it does, could the company’s pension scheme terms and conditions be amended?
Mindful of these understandable concerns, the Pension Protection Fund (PPF), scheduled to publish an updated funding code later in the year which is expected to include tighter rules for trustees, has been on heightened stand-by throughout the pandemic. Though dozens of well-known retail businesses have gone into administration in recent years, the virus’s economic impact has been felt well beyond the high street.
Spectre of insolvency
“The spectre of insolvency almost certainly hovers over more companies than official figures show,” says Christine Hallett, Managing Director of Options UK, the independent SIPP and corporate pensions provider. She adds: “Although the furlough scheme and other government initiatives have kept a number of firms afloat throughout lockdown, one unintended consequence has been to conceal the true level of current corporate indebtedness, a factor which could have a significant impact upon the longer-term provision of DB pension member benefits.”
Government statistics published at the end of January show that during the final two quarters of 2020, the number of corporate insolvencies grew by 17%. Yet the company liquidation rate for the whole year fell to its lowest rate since 1989; this counterintuitive decline was driven primarily by measures introduced in response to the pandemic, including:
These measures, while essential, have, to a degree, painted a false picture of the UK’s corporate health and it’s reasonable to conclude that most DB pension members recognise this. Many will be mindful that if their employer becomes insolvent and is unable to meet future pension liabilities, the scheme might be transferred to the Pension Protection Fund (PPF) which could result in a large number receiving significantly less retirement income than they anticipated.

“We’re in an unusual, uncertain period at the moment,” observes a reflective Christine Hallett. “It’s difficult to determine how much confidence DB pension members have in their sponsoring companies, buoyant stock markets have contributed to a steady rise in average DB pension transfer values, so by the summer we expect to see a marked increase in valuation requests. However, that said, what is clear, is the direction of travel in the DB pensions market around the consolidation of UK providers and how the The Pensions Regulator (TPR) is supportive towards this natural road map.”
As the vaccination programme proceeds while government largesse begins to recede, that sounds like an eminently sensible conclusion.
Talk to a member of our team to understand your DB pension options.
WEB DESIGN BY 1PCS
© COPYRIGHT 2022 OPTIONS PART OF STM GROUP PLC