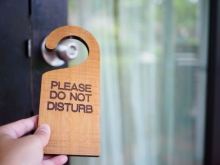 One overlooked area of the property market offers opportunities for SIPP and SSAS members, as this article from Options Pensions UK explains.
What began as a surprisingly straight forward transition towards a hybrid form of working during early Spring of 2020 has, for many, become the preferred method by which they earn a living. Two years on, there is little enthusiasm for a wholesale return to the office when working from home (WFH) is a more palatable alternative for millions of people.
The scale of this reluctance to revert to traditional working patterns was recently estimated by CBRE, the world’s largest real estate group, which projected a 9% fall in demand for office space between 2021 and 2024. The outlook was reiterated by the Royal Institution of Chartered Surveyors (RICS), which reported that 93% of UK businesses expect to ‘scale back’ their office footprint by the end of 2023.
This scenario is not necessarily replicated across the whole office sector: demand for modern, environmentally sound premises remains solid, but prime offices account for just 15% of the total UK market.
While offices struggle to attract people back to their workplace, it’s a different story for hotels, which have enjoyed a renaissance, both in terms of popularity and occupancy.

According to statistics published by Visit Britain in February 2022, after plummeting by 56% between 2019 and 2020, hotel occupancy rates have since soared and are expected to reach pre-pandemic levels later this year. Moreover, the hotel renaissance is a nationwide phenomenon. Data collated from four separate surveys, conducted over three months to January 2022, highlighted the continued appeal to visitors of cities as geographically diverse as Liverpool, Bath, Cambridge, Manchester, Cardiff, Norwich, Bristol, York and Durham.

The relative decline in value of centrally-located offices, coupled with  a corresponding surge in demand for city-based hotel rooms has not gone unnoticed by investors, many of whom are exploring the possibility of using their SIPP (or SSAS) as a means by which they may acquire empty, attractively-priced, office space and convert it to an hotel.
Converting or renovating commercial property within a SIPP, either by using invested funds or supplementing them with an element of borrowing, is becoming increasingly popular with investors as HMRC rules permit a SIPP to borrow up to 50% of its net value.
Moreover, should an individual investor not have enough money within their SIPP or SSAS with which to acquire and convert an office, Group Investment Agreements (GIA), prepared by companies specialising in SIPP administration, ensure that a property can be acquired on behalf of more than one SIPP.

“The GIA confirms ownership details, plus the debt shares of each SIPP, in addition to outlining the process for selling, or leasing the property following conversion,” says Lisa Bardell, Business Partnership Manager of Milton Keynes-based Options Pensions UK, an experienced Commercial Property in Pensions specialist.

Prior to the commencement of development works, it’s important that investors research the project in detail, noting likely future visitor demand, as well as sounding out prospective lessees, such as hotel operators. Note should also be made of up-front costs, including business rates and insurance expenses which remain payable while development works continue.
Once this preliminary process is complete, investors may wish to discuss their proposition with a SIPP or SSAS professional capable of guiding them through additional requirements.
Ordinarily, professional administrators will require a chartered surveyor to confirm whether the conversion costs are reasonable, a process which allows them to demonstrate to HMRC that the costs should be borne by the SIPP(s) or SSAS(s).
Investors can also expect to have their target property professionally valued, while obtaining the necessary planning permission is pivotal to the investment process.  Furthermore, all funding required for the works and associated costs, including VAT,* must be in the SIPP(s) or SSAS(s) before any contracts are signed and development work commences.
There’s plenty of effort involved in such projects, but the potential rewards are proving sufficient motivation for SIPP and SSAS pension members intent on acquiring attractively-priced office buildings and converting them to hotels.
Footnote: *VAT is recoverable although any VAT exemption must be waived prior to the commencement of development works. Reclaiming VAT can take up to five months.
To find out more, email enquiries@optionspensions.co.uk, or phone +44 (0) 330 124 1505.
WEB DESIGN BY 1PCS
© COPYRIGHT 2022 OPTIONS PART OF STM GROUP PLC